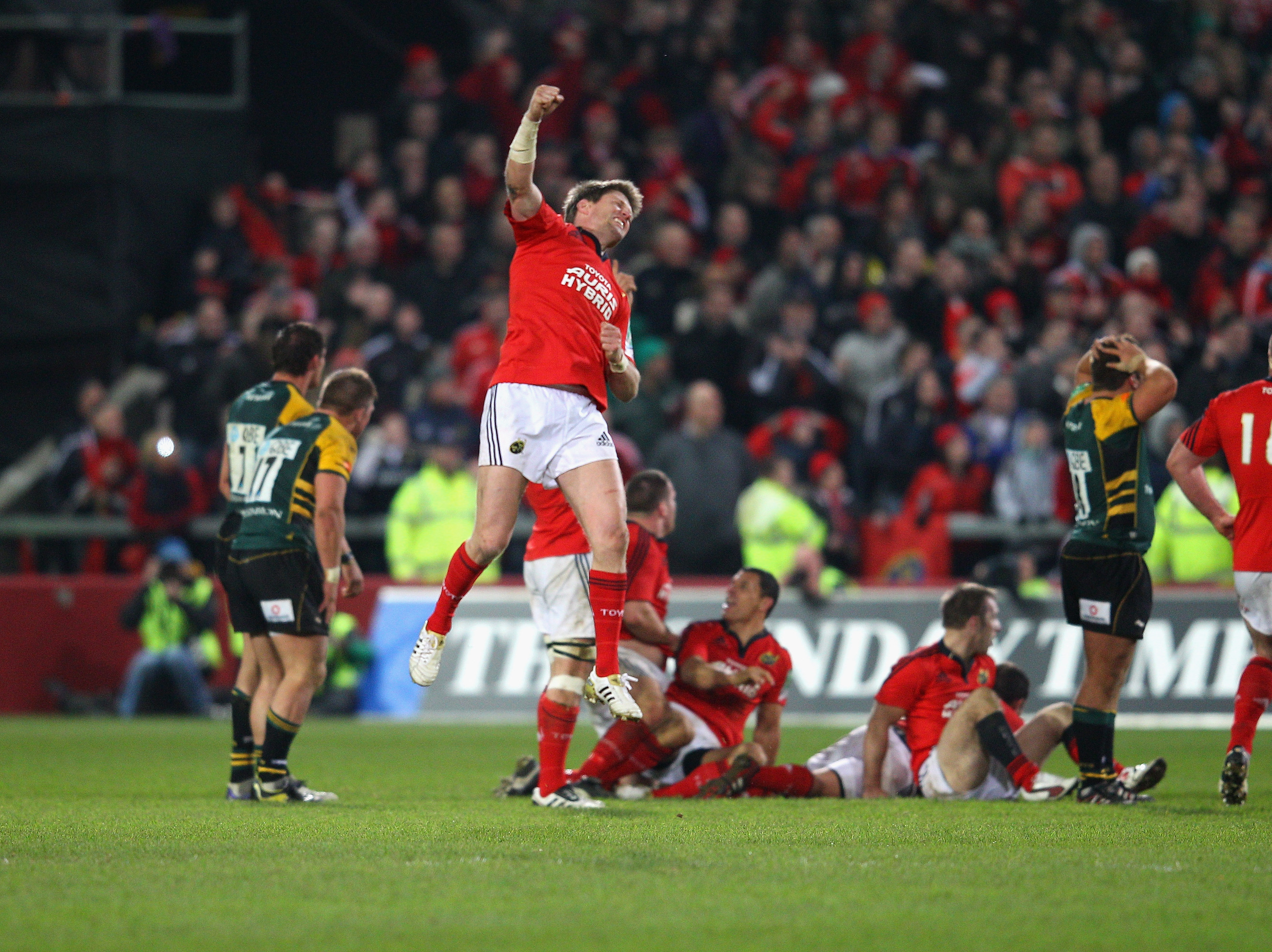 The King and His City

Some guys talk the talk. Some walk the walk. Precious few can do both. Ronan O’Gara is one of those precious few.

I have a few memories of Ronan O’Gara that stand out to me. There are the usual suspects – Ryle Nugent’s immortal “This could be it for Ireland….this must be it for Ronan O’Gara. Drop at goal, Grand Slam at stake… HE’S GOT IT!”, the drop goal after a hundred thousand phases against Northampton, fending Mal O’Kelly in Lansdowne Road, the list is endless, really- but my abiding memory of O’Gara is something else.

It’s the O’Gara classic – the talk and then the walk.

First, let me set the scene. It’s October 2006. Munster are travelling to Welford Road as European Champions for a titanic opening fixture against the Leicester Tigers. The game is getting all the press coverage you’d imagine. Old rivals facing off with a new dynamic – Munster as the top dogs and Leicester looking to take the new kings of European rugby down a peg or two. O’Gara is speaking to the press the week before and, as he would for his whole career, tell it straight. Here’s what he said, verbatim, to Donald McRae of the Guardian.

“All the old clichés about us being gallant losers or the plucky Irish is absolute nonsense. I honestly think that both for Munster and Ireland, we’ve got more talented players than the English in many positions… I watch some Premiership rugby and I have to switch off the sound because I wonder if I’m seeing the same game. Their commentators are enthusing about the quality and excitement and I’m just like, ‘Oh my God!’

“Sky do an incredible job in dramatising the whole of English rugby, but the way they hype these English guys is unbelievable. I’ve toured with some of the players they’re now saying are the best in England – and it just doesn’t make sense… Some of the people they are trying to put on a pedestal just don’t deserve to be there.”

An absolute roasting for the Red Rose Hype Machine, right before a game featuring England’s finest club. If it was anyone else, you’d wonder what the hell they were thinking. O’Gara was, essentially, writing Leicester Tigers’ team talk for them a week before the game and those boys didn’t need an invitation to get up for a game against Munster. But, as always, O’Gara was just telling the truth and sometimes the truth hurts.

It’s the 79th minute of a pulsating game of rugby. This game was a celebration of rugby’s darker impulses, played in a typhoon to a concussive soundtrack of human collisions. Leicester lead 19-18 with the clock ticking down. Shane Jennings – then Leicester’s openside flanker – hauled down O’Gara after the Corkman took it upon himself to slice Leicester up the middle with a break. Jennings made the tackle but couldn’t restrain himself from playing the ball on the floor. Nigel Owens blew up for a penalty, but it was no big deal for Leicester. Munster were just outside their own 22. No big deal, right? Shane Jennings, caught in the throes of the contest, couldn’t help complaining to Nigel Owens about the penalty. Owens marched Munster forward 10 metres for Jennings’ dissent and, all of a sudden, Munster were just inside their own half with the clock ticking towards oblivion and defeat.

O’Gara stepped up. The ball was a few short centimetres inside his own half. It had been raining all game long and, modern ball technology or no, there’s only so much a synthetic pigskin can take. The ball was greasy. Heavy. The underfoot conditions were like closer to the Somme than a rugby pitch. Yet O’Gara was going to kick it. It was a punishingly difficult kick under regular circumstances but in the white heat of a contest like this? Lesser players would break under the pressure. In a week where Ronan O’Gara talked the talk about being just as good – if not better – than the English players, he would be the man to decide this game. Miss and the howls of derision would be heard for months. But O’Gara wasn’t going to miss. In the slashing rain, with the clock going red, after taking hit after hit all game long, O’Gara stood up, stared down the posts and struck the ball between them.

O’Gara talked the talk and then walked the walk when the pressure – both personally and collectively – was at its highest. That’s a crystillation of everything you need to know about O’Gara the rugby player. He spent his career defying the naysayers. Every time his critics thought they had all the answers, O’Gara changed the questions.

No running game? He’s the third highest try-scoring flyhalf in test history. No passing game? Tell that to Toulouse in 2000, Sale and Leinster in 2006 and the countless other teams who made that same mistake over his career. Only one player in history (Dan Carter) has more test points than O’Gara. Quite frankly, he’s one of the best fly-halves to ever play the game. Disagree? Sit there in your wrongness and be wrong.

And he’s a Cork man, a Munster man, and an Irish man to his core.

Defiant, successful, big steel cajones – Ronan O’Gara IS Cork or, at the very least, everything this city and county admires in its heroes.

Rarely has a sporting figure deserved the Freedom of Cork City more.