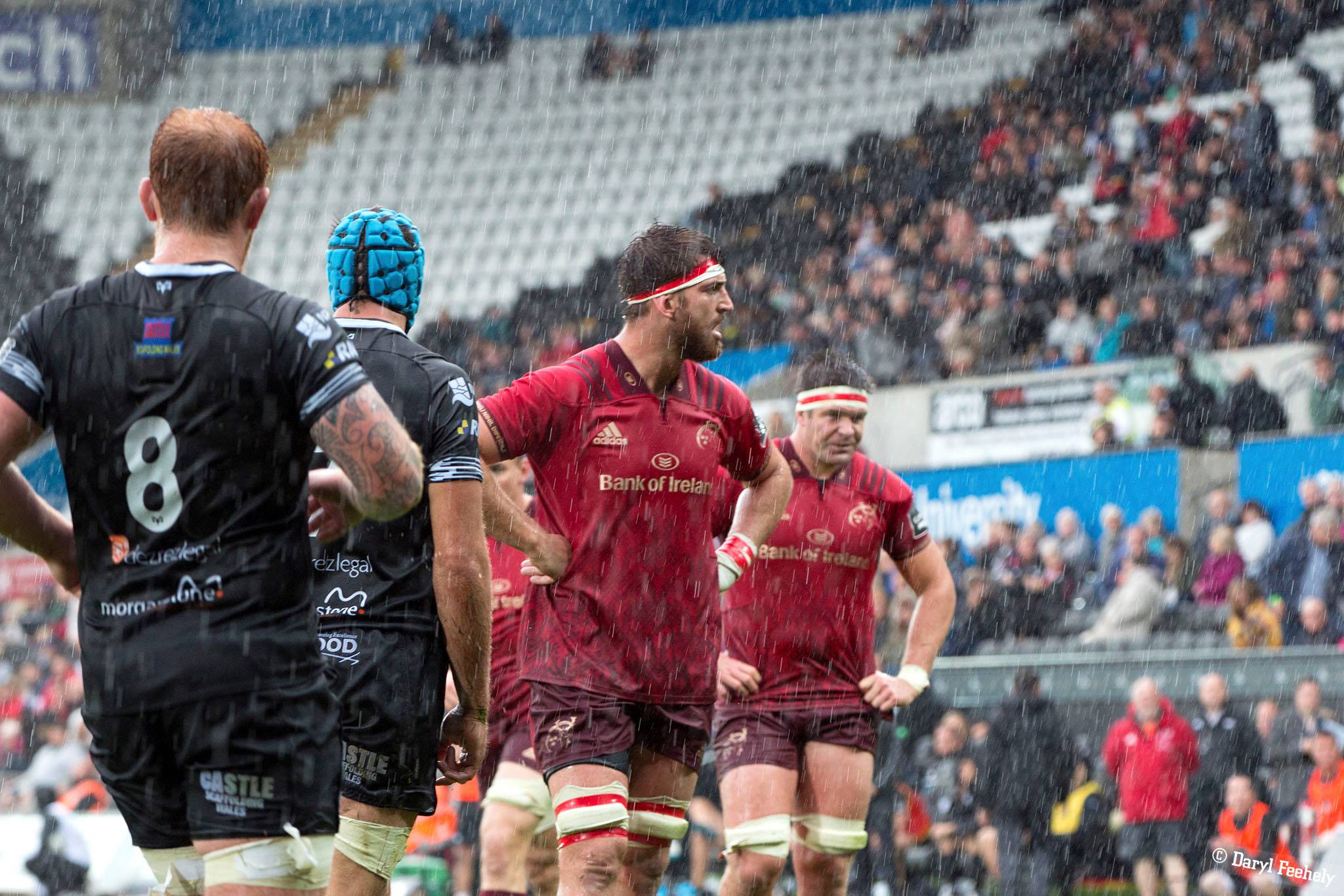 The GIF Room :: The Long Maul

I covered Munster’s excellent maul defence versus the Ospreys in Monday’s Premium GIF Room but I thought our attacking maul was just as worthy of note. Not for the first time, Munster displayed power, sophistication and a technical application of the maul as a weapon to hurt Ospreys psychologically, tactically and on a cardiovascular level.

That isn’t to say that it was perfect – there’s always room to improve, especially on some of our throwing combinations in the first half when conditions were relatively good – but it gave a good idea as to how our tight play is developing. In the background to all this is the incoming battle with Racing 92; it’s best to just assume that Donnacha Ryan has filled them in on our calls and movements and plan accordingly. In fact, I’d be disappointed if he didn’t. We have Gerbrandt Grobler filling us in on a similar level but he wasn’t in the Racing set up as long as Ryan was here so we’re already catching up on the secret analytic war going on in the background.

Anyway, that’s for another day. Let’s kick off with Munster’s Maul Momentum Map from the Ospreys game;

That paints a pretty impressive picture, as far as forward progress goes. Our one “lost” maul was down to a handling error late in the game due to greasy conditions (the ball literally squirted out of the maul like a wet bar of soap) but other than that we got some good metres and punched some decent holes.

As with the Cheetahs game, our long maul was quite successful, with some good handling, pillaring an excellent directional choices.

As I mentioned in that previous article, a long maul is essentially two mauls in one if you can set it up right, formation wise. Munster are really good at setting up a 3-2-2-1 long tailed maul. Here’s a good example of that formation;

This formation sets up our three at the front (Ryan-Copeland-Cronin), a solid “engine” behind (Kleyn-Holland), a second maul breakaway (O’Donoghue-O’Donnell) and finally Niall Scannell coming in as the striker. As an aside, compare Ospreys 1-2-3 tempo counter shove to Munster’s unified counter hit in the previous article.

This 8 man maul set up is a maul Munster love using, because of the options you have off of it.

You can break into open field with it, snake behind the front of the maul to disrupt and attract side defenders and – almost most importantly – you can really punish the opposition in the actual maul itself.

The narrow nature of the “drive” means all of Munster’s pushing focus is directed up the middle of the maul and, if you refer to the above GIF, Ospreys four man wide defensive set up is actually quite suitable for Munster. That wide front gives Munster a narrow area to push through so most of the Ospreys counter-shove is lost fighting a direction we’re not going in.

Here’s the basic set up. Munster can drive through 6 in the same way that a chisel can be driven into a flat wall – with a strong narrow push. If any of the Ospreys maul defenders loses his footing – and Munster can target individuals with this maul – he has nobody to brace behind him so it means a lot of energy sapping solo bracing in defence. Munster’s narrow focus means a lot of pressure on the middle two defenders and that can lead to big metre gains. Now what I’ll describe next isn’t exactly what happened in the above instance, but should rather serve as an example of what this long maul (or 3-2-2-1 formation) can do against a team not fully clued in on their maul defence.

You almost have to look at the first part of the maul as a booster rocket that can launch the second maul. Sure, if we’re getting good momentum we’ll keep pushing until the try line but if we feel a “1 stop”, “use it” or blindside/openside counter-shove coming, we can break away and form a second maul.

To do that, we need to snake right (or left) depending on where we feel a player coming up the side of the maul. I call those players “launch pads”. We can see here that a player has come in on the blindside to match our surge there and moved a man up the side of the maul. We can use him to make our second maul part of the “same maul” that we set up with. There he is. When we have that “launch pad” we can bind directly onto him and breakaway for our second maul – which is still part of the original maul. The timing of this has to be spot on, as a mistake here – our binds are too loose or we breakaway with no opposition bound to us – can get you blown up for obstruction.

Once we have a firm bind on our “launch pad” we can breakaway. Now we can attack the opposition on a weak angle with a 3/4 man on one man set up. If we keep our feet and control our surge, we could well spring a try our win a penalty in this instance. That’s what a Long Maul gives you. Of course, this is a cleaned up version of this maul action – in game, it’s usually much more fluid and messier than this.

We used this breakaway action in the build up to the first try (Maul #2 on the Momentum Map).

Interestingly, we used a conjoined variation of this maul in the second half (Maul #7 on the Momentum Map).

Overall, our Long Maul was a foundation for some effective metres gained and for doubling down on our physical and psychological advantage in this particular game.

Don’t be surprised to see the same 3-2-2-1 formation wheeled out against Glasgow this coming Friday.