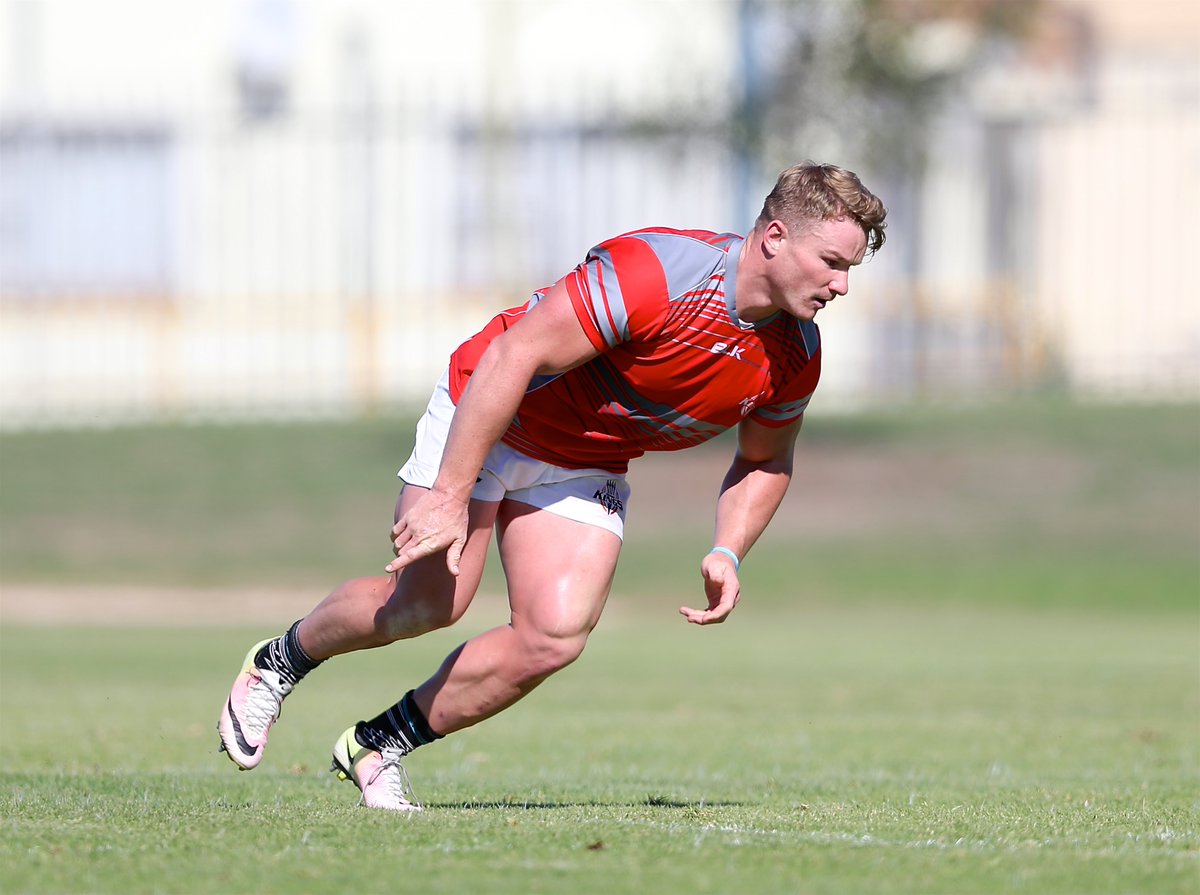 What's the story with Chris Cloete?

It’s fair to say that Chris Cloete and Three Red Kings go back a long way. Let me explain.

On the 20th of October 2015, Ireland were two days removed from losing to Argentina in the Rugby World Cup, Peter O’Mahony had been ruled out for what would end up being the entire season, and I was sitting in a convent turned hostel flicking through videos looking at guys Munster might sign.

I came across a South African openside on loan from Western Province that was absolutely horsing his way around the Sri Lankan rugby championship – the Dialog Rugby League and Clifford Cup – looking like a god amongst men. “Bloody hell,” I thought. “This guy could be a serious player.”

Yes, it was at a low level but he was unplayable. That player’s name was Chris Cloete. By the time I had seen that video, Cloete was already back with Western Province and I kept an eye on him over the intervening years.

On October 20th, I tweeted this;

And then, just a year later;

I don’t put these up here to back slap myself (OK, that’s not completely true) but to assure you that, when I say that Munster have signed a serious player in Chris Cloete – and for three years – please take my word for it.

I’ve been watching this lad for almost two years wondering why the hell some big Northern Hemisphere side hasn’t snaffled him up. As far as heavy gauge, breakdown specific opensides go, Cloete has the potential to be one of the best in Europe.

This guy is an absolute physical freak. I don’t say that lightly. He’s the archetypical “heavy fetcher” openside.

After 16 rounds of Super Rugby this season he was ranked;

And all while carrying for 246m, with 46 carries and beating 13 defenders while doing it.

But stats aren’t everything, as I’m almost blue in the face from saying. Cloete’s physicality is his stand out feature, especially when you consider that he’s 1.76m tall and weighs 108kg.

These basics of his stature only show one thing – numbers aren’t everything. Cloete’s often been described on South African television as “a pocket battleship” and that’s certainly true. He’s one of those nasty, low centre of gravity cannon ball carriers that are a nightmare to put down.

He just doesn’t accept the tackle – these are dominant strikes over the gain line with an excellent fight on the ground after contact.

He can carry all over the pitch – in tight, in midfield and in a wide pod. He has the footwork and power to be a strong wide finisher in particular.

Far from being a hindrance, his low centre of gravity and powerful base makes him an effective ball carrier.

What are Munster’s thoughts here? They need to add a dynamic carrier to the back row that can alternate with Kleyn, Stander and Kilcoyne in the heavy channels as well as providing a viable threat in the wider areas for someone like Farrell, Earls, Zebo, Sweetnam and Conway to work off.

When we talk an openside flanker, we need to look at what their primary role is – usually, that’s ball security and ball theft. As you’d imagine, a guy with Cloete’s physical specifications is a nightmare over the ball, almost impossible to shift once he gets over the ball either in attack or defence.

Look at his work here on this phase. Smart footwork, good speed over the ground and excellent shoulder work over the ball to defend against Blue #2 who’s on the prowl. His low centre of gravity over the ball means this ruck is won, no questions asked.

Look at this work after a King’s lineout – Cloete’s running a straight line to the breakdown, anticipating where they ruck will be and powering the jackal off the ball.

His work on this next GIF is pure openside instincts.

He uses his pace to keep up with the break, tracks the runner and, even though he gets snagged on a falling defender he still manages to blow the jackal off the ball with a dominant clean.

A lot of the factors that go into what makes a good jackal over the ball are brain-based – timing, reading a carry, and decision making. I’ll get to those in time. The other factor is physicality – raw brawn. How strong are you over the ball? In this regard, Chris Cloete is an absolute freak of nature.

I mean, just look at him.

“We have a 100kg bench press test, where the guys have to bench until they can’t any more,” says Nieuwoudt.

Chris has done 28, which is the strongest in our squad. The next best is 27, by one of the props. So he is stronger than even the front-rowers in that regard.

We no longer do the single maximum bench press because I’ve had one or two guys pop a pectoral muscle, but if we were to do it, Chris would probably be doing 180kg to 200kg.

“In the wide overhand pull-ups, he does about 44, which places him in our top five in the squad.

The guys look up to him because they know what his physical capabilities are. But he always jokes about it to challenge the others.”

With this kind of strength and work ethic, you get an impression of how strong Cloete is over opposition ball. This shows itself in rips, tackles and in the classic jackal turnover.

Here’s an example of his rip work in contact;

That doesn’t look much until you see it in slow motion.

His work over the ball defensively is outstanding, as you’d expect for a man of his dimensions.

That’s a MONSTER play on your own 5m line. Replacement tighthead makes the carry, Cloete is part of the tackle area and then rips the ball cleanly and survives the clean of the Blues #6 and #12.

Then look at this lethal steal against the Chiefs;

Cloete is a hugely impressive player over the ball and in defensive contact. His defensive footwork, pace and technical ability in the tackle area make him a hugely effective defender all over the pitch.

In the tight channels, he’s got the power to make the big tackles, with a real turnover threat after contact too, as I’ve shown. In the “C” position, his footwork over the ground allows him to cover a lot of space effectively, and stop big men from any kind of angle.

In this example, he’s slightly out of position in defence but makes a technically superb tackle to deny the Lions any kind of gain line.

Here’s another example of his tackling prowess against the Hurricanes.

Great feet, good pace front up, and a strong low tackle to stop the man before the gain line. Powerful, technical and effective. The signing of Cloete means a few things for the Munster pack. I think it signals a move to #6 for Tommy O’Donnell, with Dave O’Callaghan injured (and transitioning more to a #4 role), and Peter O’Mahony likely to see very little time in a Pro12 jersey for Munster post Lions tours and Autumn Internationals.

This will give Oliver a little more breathing room to build on his game time from last season, and allow Jack O’Donoghue to specialise at #8 without bouncing around the back row too much.

Cloete provides a specific weapon to European Cup level Munster pack that they haven’t had in a while – a specialist fetcher. O’Donnell was always more of a 6.5 in my eyes, and that versatility should see him pick up a lot of game time this season in tandem with Cloete and Oliver coming up on the rails. Cloete gives that extra bit of power in the back row that we lacked at times last season.

While he’s certainly not a regular jumping option, he’s no slouch at the set piece either, where he can act as an occasional jumper, a lifter or as a heavy #9 on certain plays. As openside additions go, Cloete is about as good as it gets without nabbing a starting All Black.