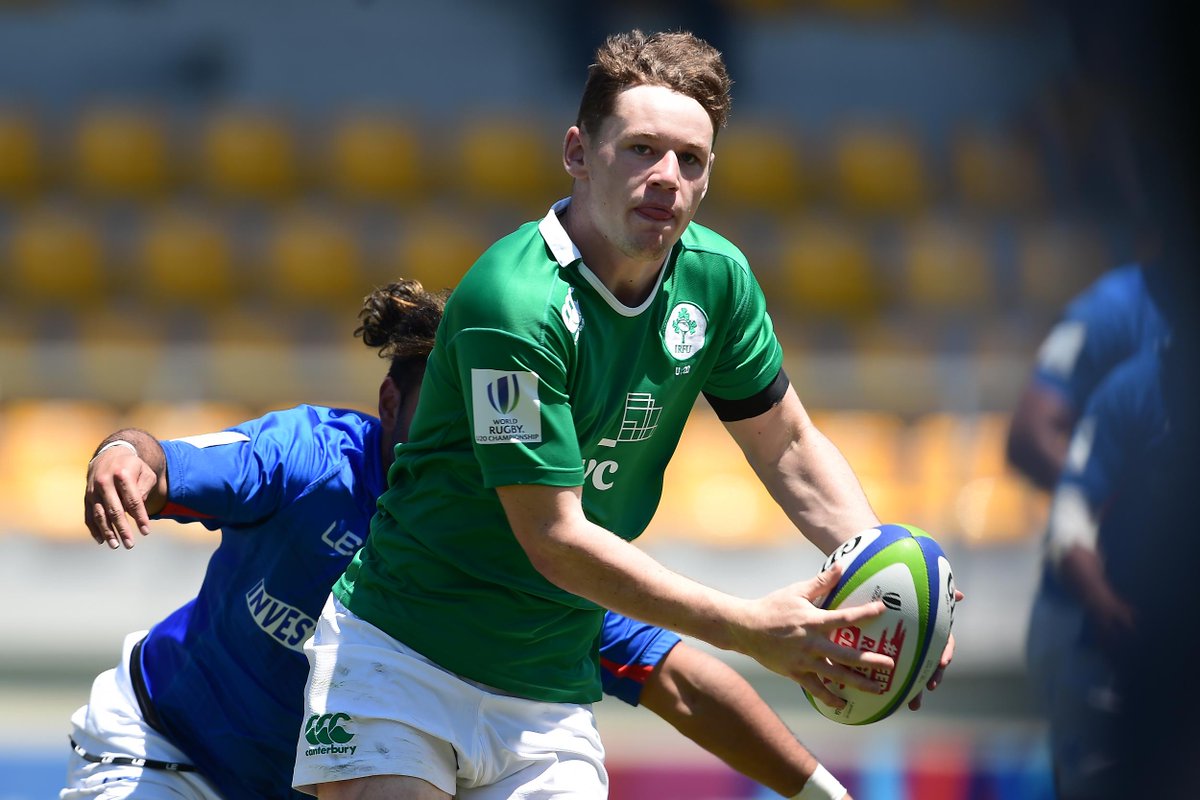 This is an exciting time of year for young lads in with a shot at the academy. Well, exciting and/or nerve-wracking depending on how confident you are of an offer. It’s like a little midsummer rugby Christmas for those with an interest in underage rugby and this year’s Greencore Munster Academy intake hasn’t disappointed.

All in all, it’s a good intake, heavily weighted on backs recruitment – especially at 9 and 10.

The recruitment at scrum half is no surprise. Jack Stafford impressed at the u20 World Championships recently and Craig Casey is a standout prospect – one of the best young scrum halves I’ve seen in quite a while.

There was always going to be a search on for scrum halves this summer, as the full academy was without a recognised #9 for last season. I’d expect both lads to see some B&I action.

Alan Tynan and Conor Fitzgerald have been recruited as 10s but both can slot in at full back. Tynan drew a lot of praise during the World Championships for his composure and kicking, but Fitzgerald impressed whenever I saw him through the season. Both are good additions.

Big Lads in the Backs

There are quite a few back three players in this intake, but there’s a strong reason for that – outstanding physical specs.

Liam Coombes (cousin of Gavin) is 6’3″ in old money and around 14 stone. Those physical dimensions coupled with his excellent pace don’t come along all too often. Daniel Hurley, too, is a bit of a bull in the back three – he’s an incredibly strong and pacey runner. Welsh recruit James McCarthy is 6’1″ with plenty of scope to fill out and he’s already quick as a hiccup on the evidence of some of his scores for the Welsh underage sides.

With the modern game demanding more and more physicality from the back three, and with a lot of our senior back three stocks heading towards 30, a clear line of succession is being put in place with 2/3/4 years down the road in mind.

Alex McHenry, primarily an inside centre, is a strong ball of a player too and looked really physical when I saw him earlier this year. That might sound like faint praise, but when a lad has the carrying I saw, you can’t help but wonder where he might develop.

These lads are all well sized, with great physical attributes. Exactly what you want from your outside backs in the modern game.

Joey Conway and Jack O’Sullivan were the two stand out forwards through the year, and it’s no surprise to see them added to this year’s intake. Joey Conway has really pushed on in the physical stakes this year and performed well enough for Ireland in the u20 World Championship. He’s got all the physical tools to push on rapidly.

Pres captain and cousin of the Scannell Brothers, Jack O’Sullivan has an excellent pedigree and showed all the right kinds of pace, power and ball handling ability through the year. Like Casey, Sullivan being signed straight out of school should be a sign of just how highly regarded he is.

It’ll be well worth keeping an eye on all of these lads in the months and years to come.