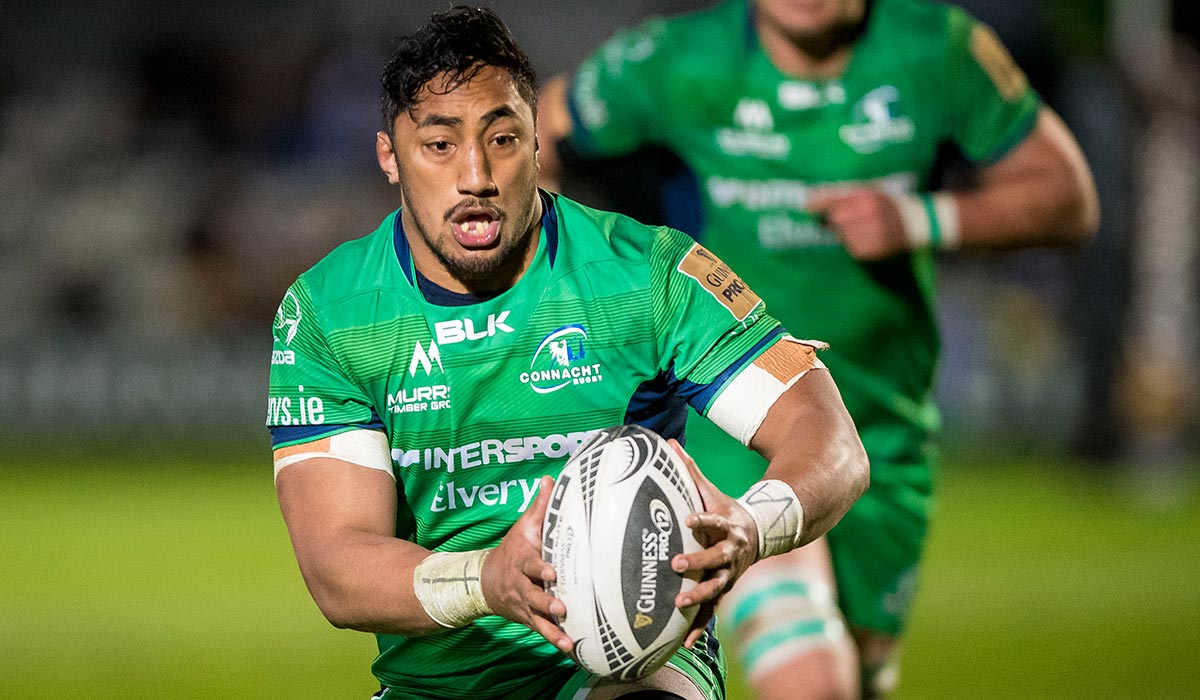 Few arguments grind my gears as much as those used to further the engineered juxtaposition of Bundee Aki’s selection and Simon Zebo’s non-selection for this upcoming November series.

I mean, I get why these “think” pieces exist, of course. This is a dead week from a rugby perspective so the natural replacement for those 900 words is the hot button “residency” topic which always brings in Irish eyeballs.

We are, after all, a nation that obsesses over “Irishness” – the denying of it and, in some cases, what we feel to be the wrongful claiming of it.

Need evidence? Look at how a lot of Irish people reacted to the BBC “claiming” Katie Taylor as British in a throwaway segue just this past week – panic, recrimination, tricolour emojis on Twitter and “she’s IRISH!!!!!” shrieked wordlessly into the void. The reverse is also true; check your own reaction when an American tourist (from Baawston) ambles up to you in Sin é  and starts shouting into your ear about how Irish he is because his great great grand daddy was from here and the proof? “He loves to have a fight after a cuppa bee-ahs”.

Annoying, right? That inherent feeling of annoyance at someone claiming something you had the random luck of being born with is the targeted emotion that these Aki think pieces and the Stander ones before them want to hit. They want to bruise you and push that spot until it hurts.

When you have people wondering aloud about the optics of Simon Zebo being left out in favour of Bundee Aki, what you actually have is people elbowing you into that “bruise”, winking at you, whispering “foreigner’s right?” and expecting you’ll nod along to that soft bigotry. Maybe that’s their intention, maybe it isn’t – but that’s the result whether they like it or not.

Of course, it doesn’t matter a damn that our fictional Bostonian claims Irishness, wrongly or otherwise. If anything, it’s a compliment, isn’t it? Our culture – even the brassy stereotypical aping of it that you often see in America – is something that other people notice, admire and in some cases, want to buy into.

I will always consider that a good thing for Irishness, Irish people and Ireland itself.

That goes for regular life and the unimportant side show that is professional sport. But I know not everyone thinks like this.

Just look at the coverage in the last week and the coverage that’s surely to come as other media outlets begin to see the impressions to be had by simply CTRL+F’ing the Stander articles from last year and slopping Bundee Aki’s name down there instead. When it comes to writing for the big media companies, it’s better to be hysterical and clicked on than it is to be reasonable and ignored. Controversy creates cash.

But you know this already.

When I first saw these arguments pop up, I have to admit I was a little surprised. On the face of it, a project player who plays at 12/13 doesn’t have much to do, selection wise, with the inclusion or exclusion of a fullback/winger. It still doesn’t, so you can disregard that aspect of those arguments completely.

What certain aspects of the media are actually doing with the comparison is conflating an emotional argument with a technical one, because there is no argument against the technical reasons of Simon Zebo’s exclusion from this series that stands up to scrutiny.

The IRFU’s stance is fairly ruthless but it’s the only stance that makes sense in an environment when French club’s budgets are getting bigger and bigger and bigger. The IRFU have to link provincial commitment with Ireland caps because, if they don’t, they take away a key strategic asset that the provinces use when they are retaining players.

Essentially, if you have a contract to play for the provinces going forward, and if you’re eligible, you’ll play for Ireland. If not, you won’t.

You have to admire Simon Zebo’s honour. He could have easily strung everyone along until April and definitely picked up another 5/6 caps as a result but when it was announced last week that he would be leaving Munster at season’s end, the IRFU were left with no other option but to exclude him from the test squad.

Because if they wavered in this approach, it would bump the price for every provincial contract going forward by a couple of thousand grand – at least.

Think about it; the French clubs can comfortably outbid the IRFU/provinces on a player for player basis when it comes to lump sums, accommodation and other perks. The only thing the IRFU can offer that the French clubs cannot are Ireland caps. They have to guard access to the national team to those that are committed to playing in Ireland exclusively.

If there’s a waver in this unspoken policy, you open a gap in the wall that could see quality provincial depth players and near front liners take the option to bump their pay abroad and leave provinces with inflated wage bills as they try to keep the guys just below the top level. Just look at the Welsh sides outside of Scarlets for an example of what that looks like.

A lot of this comes from the humiliation that the IRFU had to endure during Sexton’s two year spell in France. The policy of having to be in and committed to a province contractually to play for Ireland has hardened with every passing year since the Sexton Incident, with the only notable exceptions¹ being made in the problem flyhalf position.

The IRFU have been getting tougher in this approach as the money offers from abroad get larger and larger. It’s to protect the provinces as attractions by ensuring that if you have test ambitions to play for Ireland, you have to do it with the provinces while being a current asset to the provinces².

Look, I’d have Simon Zebo in the Ireland squad this November but I’m just some gobshite running a site. I’m not juggling the contract demands of 100+ professionals with the French wolves at the door.

Quite simply, the IRFU can’t select him or it’ll ruin their retention strategy ahead of 2019 and cripple the provinces in the process. The IRFU can’t use the limited minutes on offer this November and in the Six Nations on a player that won’t be a factor in 2019. They have to use those rare minutes to develop other options.

I would wager that most of the journalists and ex-pros know this. There isn’t really an argument against the IRFU’s stance when you consider why they’re doing it and the implications of not implementing this hard line.

So that’s why they’ll juxtapose a Cork man being excluded from the Ireland squad for contract reasons “in favour of” a guy born in Auckland (no, not Joey Carberry). Even though it makes no sense from a selection point of view and, as I’ve outlined, is perfectly understandable from the point of view of protecting the provinces from being pumped on contracts by the likes of Saracens, Toulon, Racing 92, Clermont etc. Those are the stakes.

The “Bundee VS Simon” juxtaposition an emotional argument that’s designed to nudge you in the ribs, evoke feelings of Irishness stolen and have a joined grumble about the foreigners coming here, pretending to be Irish and taking our jerrbs.

This Bundee angle is a new angle on the old residency rule “dress” that the Irish media have become experts in cutting and resewing over the last few years, with the dress becoming ever more ragged with every retelling.

Here are the facts;

Bundee Aki is eligible, a vital part of Connacht’s rugby story, and has bought into what the province and its fans. He has committed to Connacht when he could have doubled his money in France and England last year. They’ll call him a merc but they’ll ignore that point.

Bundee Aki loves his province, its fans and feels like he wants to take that representation a step further to play for Ireland when he literally could go anywhere else for more money, if that’s what it was about.

It’s like this for me, when someone wants to wear the green shirt, stand for our songs, enter the physical warfare that is test rugby under the green flag of Irish Rugby, is both good enough to do it and eligible under the rules, I’ll back them every time.

Bundee Aki be playing for the fans who adore him and the friends in Connacht and beyond who have given him the platform to be in line for this opportunity.

He’ll be playing for the country he chose.

1. That “exception” was Ian Madigan who, after announcing that he was leaving Leinster in December 2015, ended up playing 39 minutes off the bench during the 2016 Six Nations and only toured South Africa when Johnny Sexton got injured after initially being left out.

2. This is why Tadgh Beirne probably won’t be selected to play for Ireland this year, despite agreeing to join Munster next season. If the IRFU broke the line here, what would stop players taking a two year pay bump over in England or France and pick up test caps after year one on a pre-contract? Who loses there? Not the player, not the national side but it would gut the provinces of the depth they need to compete at European and Pro14 level.