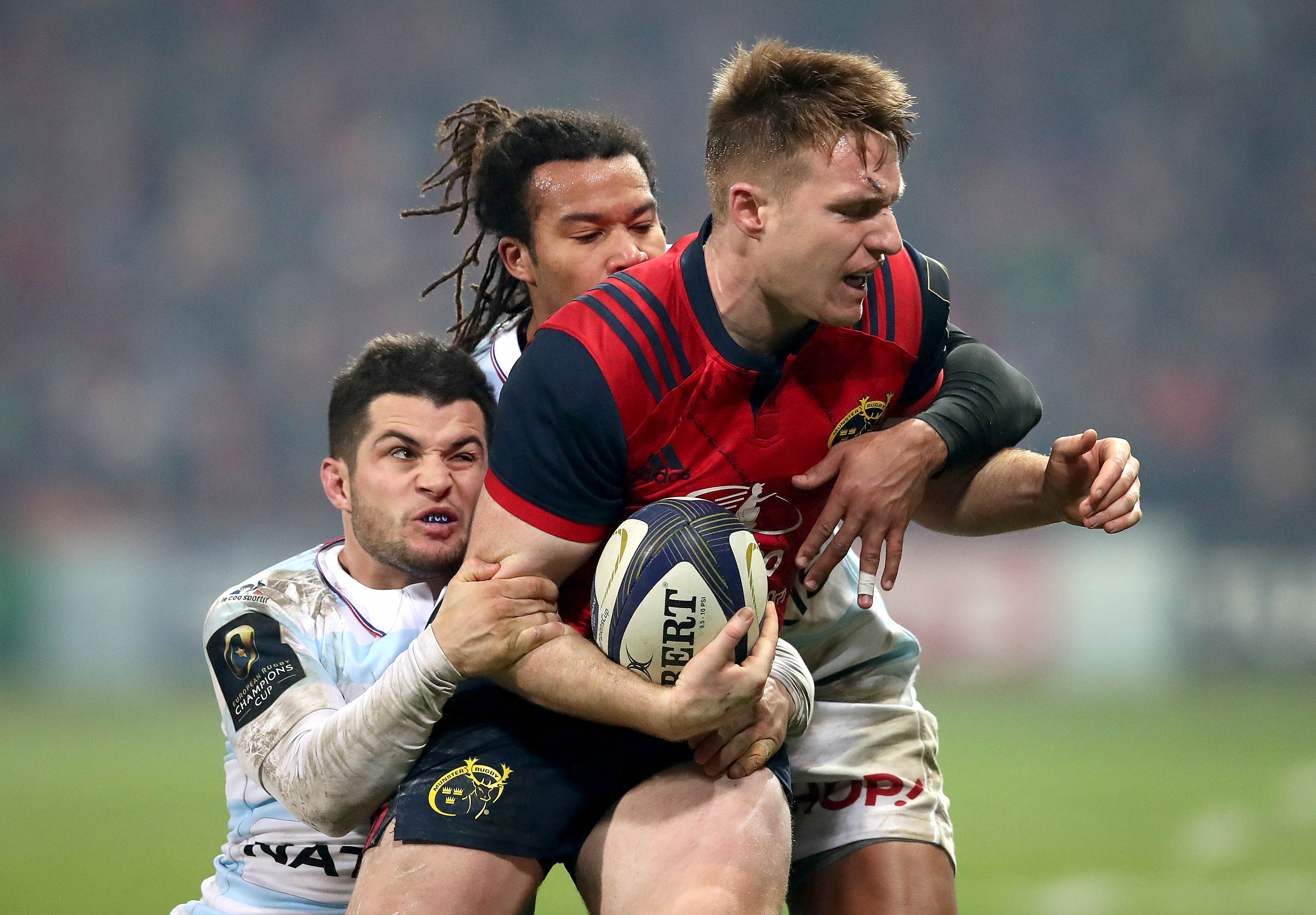 When the third ball left Austin Healy’s trembling tentacles, it was set. Munster would play Racing 92 and Leicester Tigers in next years’ Champions’ Cup Pool 4. Again. Because of course we were.

The only surprise was that it wasn’t Glasgow rounding off the pool instead of Castres.

As pools go, it’s certainly not the most dangerous (that’s pool 2) or the softest (that’s pool 5) but it’s, without a doubt, one of the most predictable. One might say, even a little boring.

The reason I say that is because this is the third year in a row that we’re playing Leicester in the Champions Cup. I’m about as sick of Tigers as Mowgli in the Jungle Book. The games have been good enough between the two clubs – especially this season just gone – but there’s only so many times you can go to the well on any non-derby rivalry so it’ll be left to see how much juice is left in this one after three years of squeezing.

Racing 92 dropping into pool 4 as second seeds isn’t really that much of a surprise. The minute it was revealed that Donnacha Ryan was leaving Munster for the former French champions the Mocker Gods (praise be their name) were always going to make sure he’d be coming back to Thomond Park next season. It is known.

The one saving grace was that it wasn’t Glasgow popping into the pool, as it easily could have been. There’s a side we absolutely don’t need to be playing eight times in two seasons and, frankly, going back to Spitestoun isn’t on my to-do list anytime soon.

What Are The Chances?

This far out, it’s hard to say how the pool will go.

Castres look like the “easy” game in the pool but they’re no mugs by any means. You’d wonder how well they’ll travel – as with any French side – but they are a tough prospect in the Pierre-Antoine.

Leicester should be better next season, especially going on the evidence of their end of season run that saw them losing to Wasps by a point in the Aviva Premiership semi-final. All will depend on how Matt O’Connor works with them over the preseason and how well they do in keeping their major players fit. They’ve signed Dominic Ryan and George Ford (amongst others) and will probably look to do more business before the summer is up. Their horrible Champions Cup campaign from last season will be a strong motivator for them, and they’re likely to be dangerous opposition as long as they can keep anything close to a full deck.

They’ve signed Dominic Ryan and George Ford (amongst others) and will probably look to do more business before the summer is up. Their horrible Champions Cup campaign from last season will be a strong motivator for them, and they’re likely to be dangerous opposition as long as they can keep anything close to a full deck.

Racing 92 have the potential to be much better than they were in last season’s Champions Cup. They could hardly be worse, in fairness, but they’ll know that too. They’ve made some interesting signings – Donnacha Ryan, Census Johnston and Baptiste Chouzenoux among the more notable – but they’ve lost a key on-field standard setter in Chris Masoe.

As squads go, they’ve got one of the best in Europe – Carter, Machenaud, Imhoff, Dulin, Rokococko, Nakawara and so on – but as per usual, cohesion will be the main issue. On the evidence of their run in the Barrages (beating Montpellier away and narrowly losing out to Clermont) they seem to have found a mix that works for them this season, but maintaining that over a preseason is easier said than done.

All in all, we’re probably not going to see too much different from what we saw of Castres against Leinster last season or too much that we won’t see coming from Tigers and Racing.

Neither team are to be underestimated or disrespected and both will have ample motivation after their respective humiliations in Thomond Park and Paris respectively. The key will be how Munster improve on last season’s pool performances where we were – arguably – at our peak.

It might not be the sexiest pool ever, but the more you look into the old scores, the trickier it becomes.