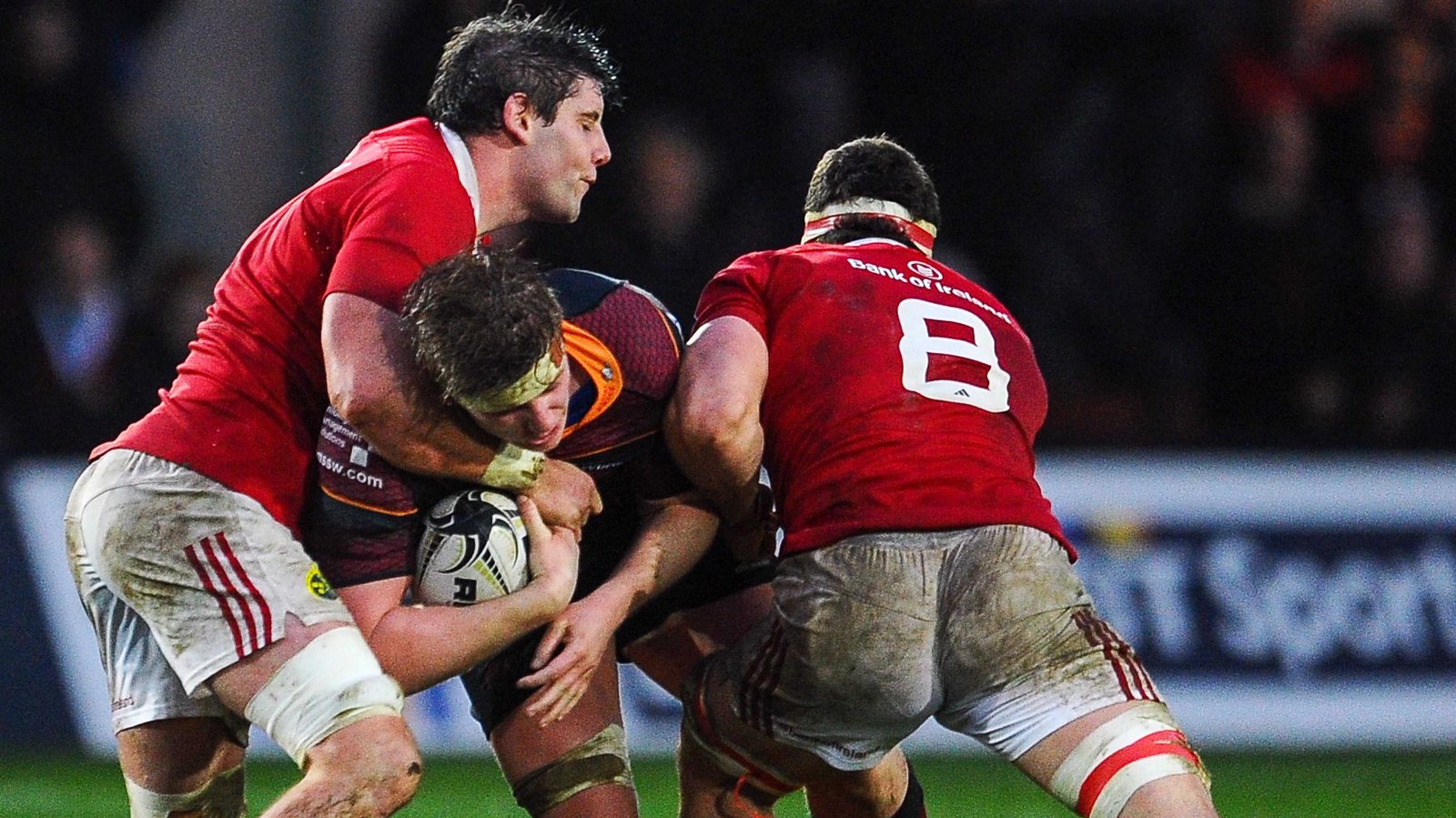 In the aftermath of any signing (or set of signings), I usually receive a raft of emails, direct messages and tweets regarding the what, whys and wherefores of Munster’s decision making on that particular player or players.

This time around, in the aftermath of Munster signing Chris Cloete and Gerbrandt Grobler, I thought it might be interesting to go into the thought process the brain’s trust might be using with the addition of Grobler on a one-year deal in particular. One of the first questions I received about Gerbrandt Grobler was “if he’s so good, why only sign a one year deal?”. That’s a good question. To answer it, I’ll have to indulge in a small bit of speculation (that I’m sure you’ll forgive me for) but first, we have to look at the situation from Munster’s vantage point.

This year, we lost Donnacha Ryan to Racing 92 in a somewhat unexpected development. I say “somewhat” because a lot of people, Munster included, would have probably expected Donnacha Ryan to re-up his deal at the start of the season. When he didn’t, it would have caused a few re-thinks on signing strategy and perhaps moved a few guys up in the “get” order.

Now a lot of people seem to want to throw all kinds of blame at Munster and the IRFU over this transfer but it’s like this really – if Donnacha Ryan wanted to be a Munster player, he still would be. Who could begrudge the man a nice move to Paris on good money after his decade plus of service?

Ultimately, there doesn’t have to be a party to blame when a player decides to take up a deal abroad in their thirties, as much as it might sting to see them leave. Regardless, Munster found themselves in a position where they had to recruit in the second row. This might seem like a self-inflicted wound, but it seems to me that there was some tactical thinking involved. On top of Ryan leaving, Munster also lost Dave Foley, John Madigan and Mark Chisholm, with the former and latter of that trio on relatively decent majority provincial contracts.

Donnacha Ryan had been on an IRFU central contract up until the point that he left, so he didn’t really enter into Munster’s budget. The others did, and I think Munster saw an opportunity to clean up some wage space in the pack. Mark Chisholm was always going to be leaving this summer, so that isn’t really a huge consideration.

Madigan and Foley had been crucified with injury for the last few years, so that decision – a tough one – was one that you can see making sense in a purely business context. Had Munster seen the best of Foley in a Munster shirt? If Munster thought so, then not matching Pau’s offer was the right call. Was Madigan likely to pick up 600+ minutes next season without getting injured? If Munster thought not, then allowing him to leave for Massey was the right call.

Freeing up those three provincial contracts give you a bit of room to manoeuvre elsewhere.

Whatever happened, those moves meant Munster were left with only a few senior specialist lock forwards – Kleyn, Holland, and O’Shea – prior to signing another body there. Of those three, two are currently injured and of those two, one is returning from a neck injury.

Kleyn would be the top guy, for me, with Holland as a player who’s solidly at upper echelon GARC rugby level. O’Shea has all the right physical tools but, in my opinion, he still needs some time to develop his game on once he returns from injury.

Someone had to be signed to add that extra “oomph” on big European days. Gerbrandt Grobler was available, of the right quality and filled a short-term gap in Munster’s succession plans without breaking the bank long term.

The Next In Line

Succession in rugby is hugely important, especially in the pack. For years, you could argue that Munster didn’t really do a good job on this front but when you’ve guys like O’Connell and O’Callaghan (who’s still playing at a high level) you can forgive the reluctance to move guys on. We seem to be addressing this in the second row.

Munster know they have three high potential lock forwards in the academy in Fineen Wycherley, Sean O’Connor and Sean McCarthy (assuming he stays fit). Add in a guy like Gavin Coombes who’s nominally a back row but may yet see his massive 6’6″ frame in the #4 shirt and you see what Munster have in the wings. This is a crew of highly talented young lock forwards (and potential lock forwards) who are just about ready to step up to regular senior rugby, to at least at GARC level.

But these are still “maybes”. Some are more of a sure thing than others, but Munster still need senior players to keep the quality up in higher level GARC games and, of course, the European Champions Cup. If you’re relying on a 20-year-old lock forward to come good in a big game in anything other than an injury crisis, you’re looking for trouble.

So why a one year for Grobler?

No, it’s not because Munster are hesitant about his drugs ban. If they were, he’d never have been signed in the first place. The simplest answer is that the one year deal suits both parties. Grobler probably has a gig lined up in the Aviva Premiership next season, and the reason he’s not there now is – again – probably down to salary cap restrictions. Just a little bit of speculation on my part.

And on Munster’s side of the deal, I think they view Grobler as a quality stop gap that they can use to keep on-field standards up while they pursue Irish qualified options closer to home. While they’re at it, they also avoid planting a long-term, possibly quite expensive NIQ obstacle in front of the likes of O’Shea, Wycherley, Coombes, McCarthy and O’Connor.

Building depth in any one position isn’t as simple as holding onto everyone until they drop – sometimes you’ve got to cut to get the growth you need, especially in the second row.